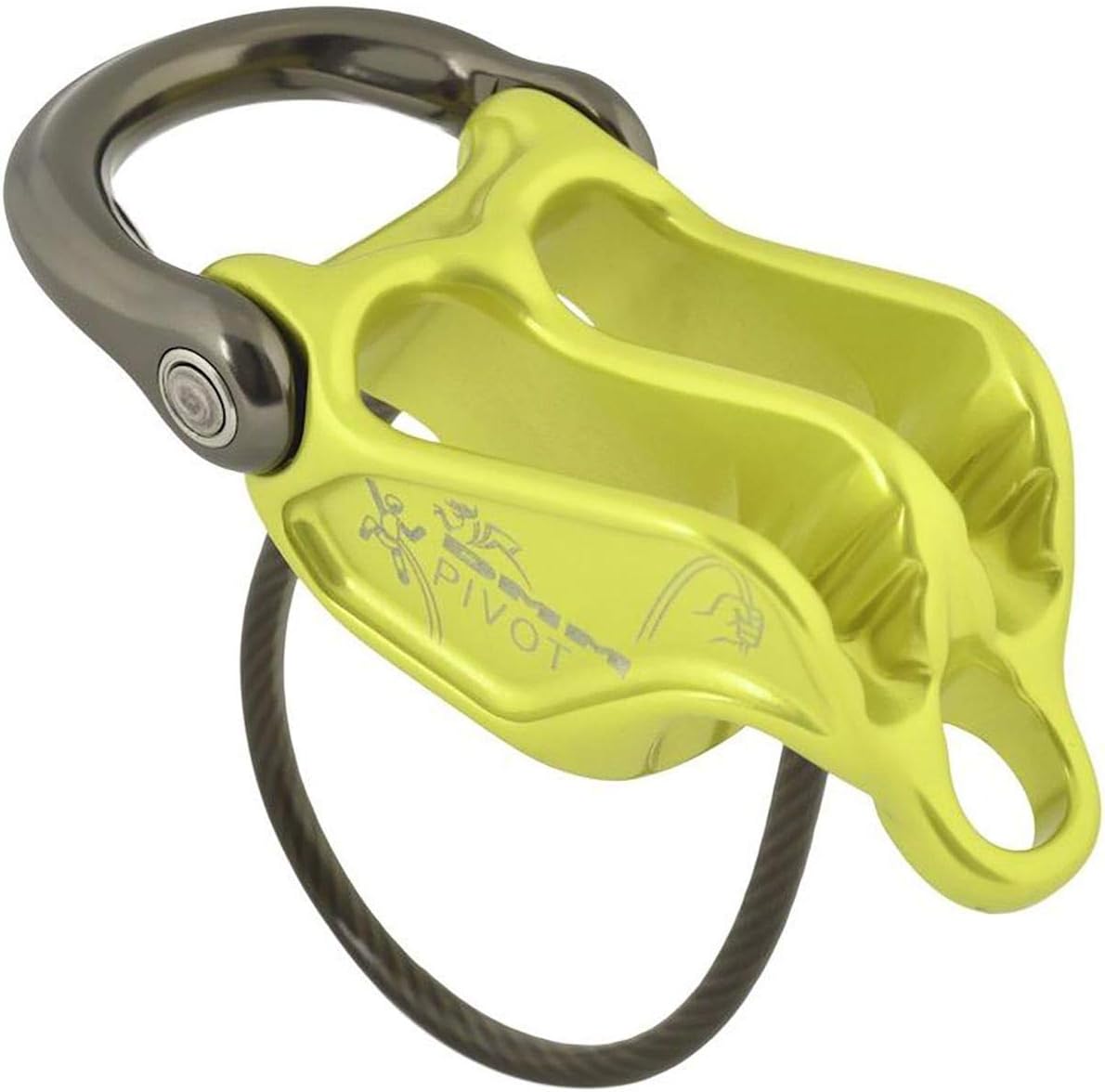 The Pivot belay device delivers confident belaying and effective stopping power whether used in guide mode, or belaying from the waist. Guide plates have traditionally been difficult to operate when lowering seconds. The Pivot's shackle reduces the force needed to initiate lowering, increasing control of the speed at which you lower your second.