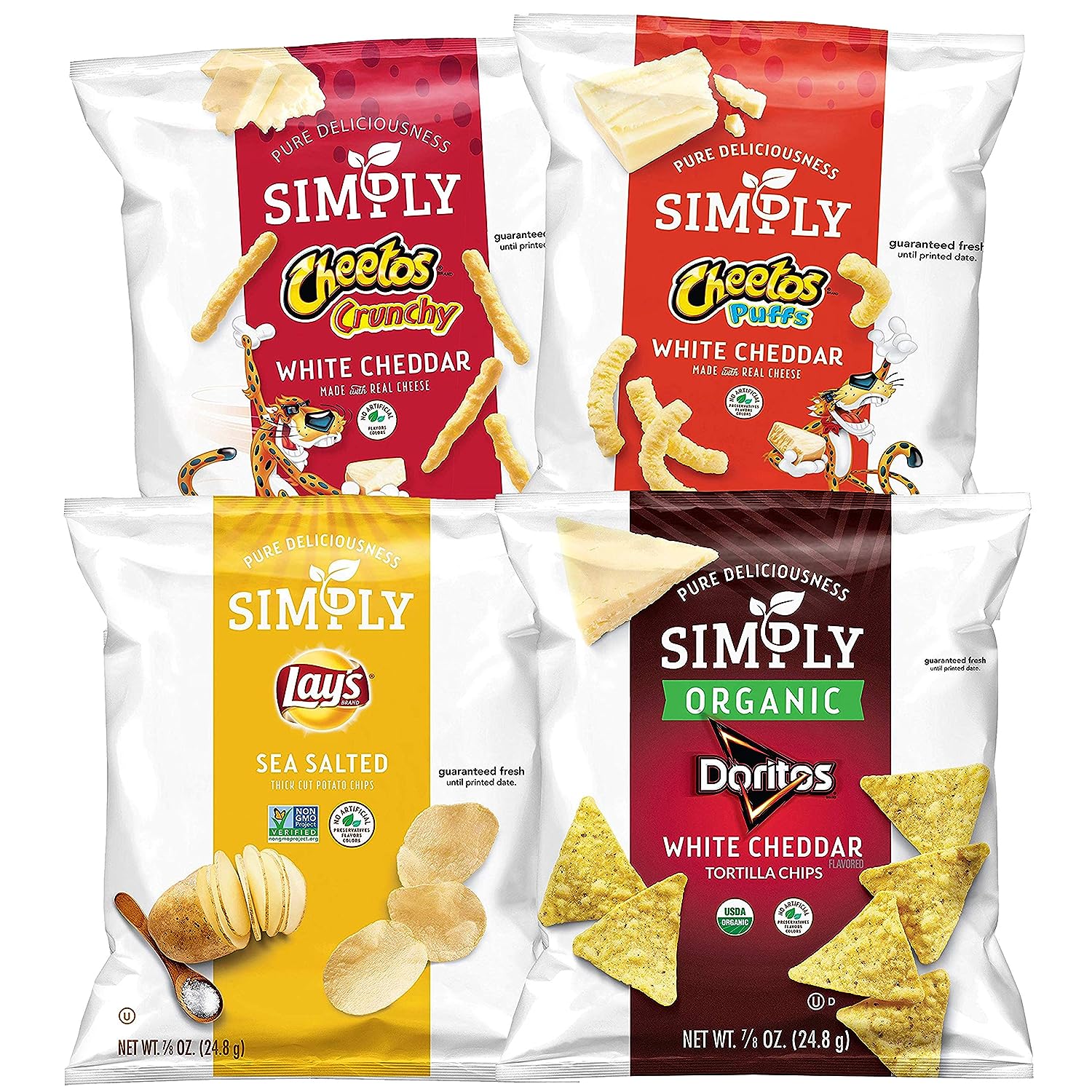 Simply put, Simply snacks have a great taste, with no artificial flavors or colors to get in the way. Theyâre the ones that make you feel good about sharing with the people you love most.

Simply put: our Simply snacks are the ones you feel good about sharing with the people you love the most! The purely delicious flavors of brands that you love like Doritos, Cheetos, Tostitos amp; Ruffles without artificial colors and flavors.

All Simply brand snacks are made without artificial flavors or colors* and deliver the irresistible flavors you love. Our snacks are only made with ingredients that you feel good about enjoying and sharing.